Join Us For Our Fall Term!

The Treblemakers offer many reasons to join

Learn more about music and your singing voice.

Share your love of music and singing in a wonderful community of fellow music lovers.

Learn more about our who we are

The Treblemakers are adult community choirs for people who sing purely for the love of singing. Founded in Toronto in 2008 by Penelope Dale, The Treblemakers have since expanded to include chapters in Barrie, Wasaga Beach, Collingwood, and Creemore. The choirs perform a wide range of repertoire, with selections taken from Broadway, jazz standards, pop, classical, folk, contemporary, and world music. In addition to their regular end of term concerts, the groups often sing at local community events.

No audition is necessary – just a love of singing and music, and a positive attitude! Registration opens at the beginning of each term – in September, January, April, and July. If you love music, and would like to join a group whose primary focus is to create a joyful community of passionate music-makers, then please contact our Penelope Dale for more information. 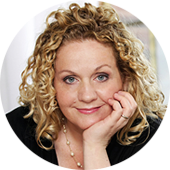 Penelope Dale is the Founder and Music Director of The Treblemakers adult community choirs. What began as a small choir in Toronto in 2008 has now grown to include not only the original Toronto group, but also chapters in several other Ontario communities, including Barrie, Collingwood, Wasaga Beach, and Creemore. The Treblemakers perform in concert at the end of each term, and Penelope prepares the ensemble to sing a wide range of crowd-pleasing favourites -- from classical, pop and world music, to jazz standards, Broadway, and folk music. She loves working with such passionate and fun-loving singers! 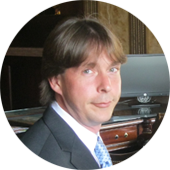 A native of Ontario, Canada, pianist Richard Maddock has accompanied dancers for over thirty years, and has worked as a dance class and exam accompanist at numerous dance schools. Recipient of a New Talent Demo Award from FACTOR (Foundation to Assist Canadian Talent On Record), Richard’s compositions have graced numerous television, dance, and theatre productions in Canada, including: "Tragedy in the Torngats" (for an episode of CTV's programme "W5"); "Blues in DLite" (Kennetha McArthur - Toronto Ballet Ensemble, at the Betty Oliphant Theatre); Shakespeare's "The Tempest" (Isinglass Company, at the Ford Centre Studio Theatre); and the piece "On Stage," for choreographer Kennetha McArthur (FIDA Fringe Festival).

A member of SOCAN/ASCAP (Society of Composers, Authors and Music Publishers of Canada), Richard Maddock continues to write music inspired by dancers and vocalists. His most popular works for dance and creative movement have garnered the enthusiastic praise and loyal following of dancers in over seventy countries around the world. Mr. Maddock’s albums are currently used in over ten thousand dance studios worldwide.

Richard Maddock's recent full-length CDs/mp3 albums are well-known in the dance world, and include:

Richard loves working with singers, and is delighted to be The Treblemakers adult community choirs official accompanist.

I would love to sing with The Treblemakers, but I have no training or musical experience. Can I still join?

Of course! Potential Treblemakers must simply love singing and music, and have a positive attitude.

Do I have to audition to join The Treblemakers?

No, there is no audition; however, potential Treblemakers are asked to contact our Music Director (Penelope Dale), before registering.

What kind of music do The Treblemakers sing?

The Treblemakers sing a wide range of repertoire – from Broadway, pop, and jazz standards, to folk, rock, and world music.

I've always wanted to sing in a choir, but my life is crazy! I can’t commit to coming to rehearsals on the same day/time every week. Can I attend rehearsals in more than one location?

Absolutely! Once registered for the current term, choir members may attend as many rehearsals each week as they wish, in any location – at no additional cost.

I'm thinking of joining The Treblemakers. Is it possible to sit in on a rehearsal, before registering?

Of course! But please contact our Music Director (Penelope Dale) first, to schedule your visit with us.

What people are saying about us


My favourite activity in life is singing. The Treblemakers choir gives me so much joy.
Mary Anne D.
Singing lifts me out my head and brings joy to my soul.
Tani N.
Singing with the Treblemakers lightens my mood and brightens my day.
Brenda S.
Thanks for the joy of music in my life.
Kris J.
This choir has been like a breath of fresh air to me - refreshing, spirited, and full of the joy of music.
Lynda G.
What being a member of The Treblemakers means to me: love, friendship, stress reduction, lung and brain exercise, and an expansion of a knowledge of music and vocal skills.
Mary Jean A.

Our Support and Affiliations